One of the top scouts in Major League Baseball is Los Angeles Angels' Assistant General Manager, Scott Servais. Servais is not only  head scout but is also currently responsible for training Albert Pujols, Mark Trumbo, Torri Hunter (2012), and Mike Trout. Prior to joining the Angels in 2012, Servais was senior director of player development in Texas. Prior to joining the Rangers in 2005, the Texas farm system was  ranked 28th, within 2 years under Servais, the Rangers became the #1 ranked farm system which led to 2 World Series appearances and the 2011 World Series Championship. Members of the Rangers under Servais included, Michael Young, Nelson Cruz, Ian Kinsler, Josh Hamilton, Mike Napoli, Andre Beltre & Cliff Lee.

So last night (Good Friday) while being in the Northeast (USA), days before Opening Day, the top MLB scout took a timeout from searching for the best teenage baseball player in NJ, and focused on finding the best Pizza Pie. Leave it to a top MLB scout to walk into Santillo's Brick Oven Pizza to order a Sicilian Pie and spend a few minutes with baker/owner Al Santillo. Below is a video clip of the visit:
To read more about Scott Servais 11 year MLB playing career click here.
More news on Scott Servais can be found here and here.

A visit from Scott Servais is great for business, but an even more valuable customer is Elizabeth's own Anthony Colletti,  St. Mary's Varsity basketball coach for the last 20 years. Coach Colletti has been eating Santillo's Brick Oven Pizza his entire life !!! (below is a Picture of Coach Colletti when the Santillo delivery guy rings the doorbell) 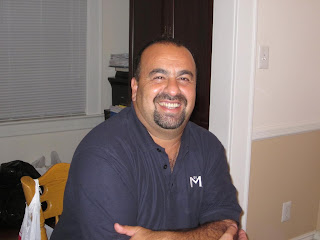 Joe the Barber visit's his favorite pizza maker, Al Santillo, and shares a laugh.
Posted by Unknown at 8:45 AM No comments:

Come to where New Yorkers come for their Pizza

Delivery or Pick Up 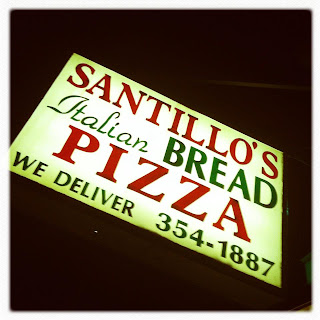 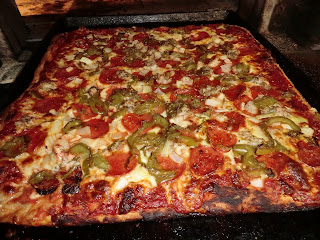 Posted by Unknown at 7:37 AM No comments: 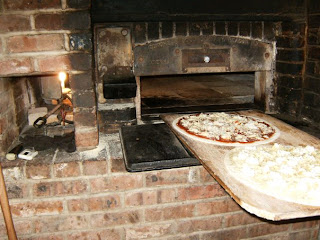 A peak at our 110 year old Brick Oven 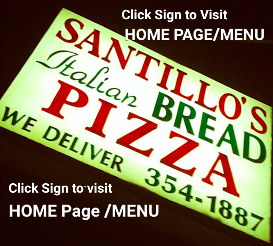